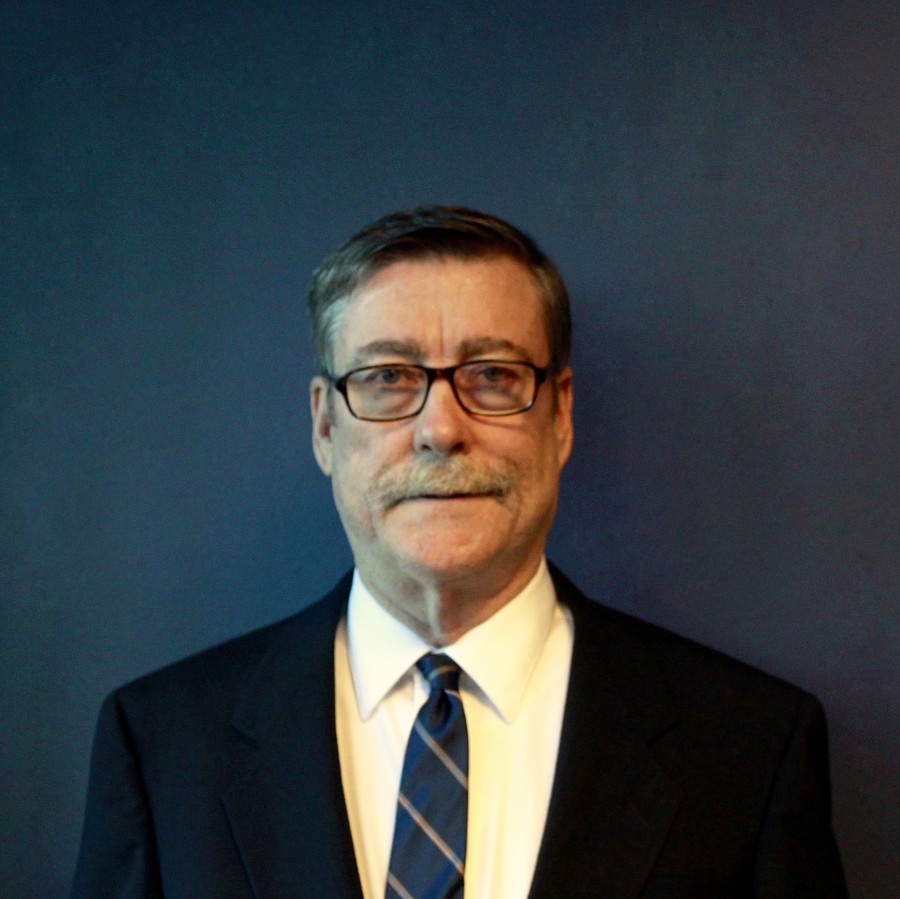 Dr. McCollister specializes in econometric and statistical analysis for energy supply planning and calculation of economic damages in civil litigation. He has applied these skills for ten years as a consultant, and for several years as a staff economist at three large investor owned utilities. Examples of his projects include energy demand forecasting, probabilistic energy supply planning, conservation and load management program savings evaluation, econometric modeling to value natural resources, statistical hypothesis testing in discrimination cases, and studies of how health related conditions affect expected worklife. McCollister’s Ph.D. is from UC San Diego, where he studied under nobel laureate Clive Granger.

Estimated revenues and profits for the Kansas City Franchise of Robert Half for several new lines of business that they were not allowed to offer. Matched occupations to each line of business and used employment statistics for those occupations to model revenues and expenses in other cities. Then used the model to estimate past and future revenues and expenses for KC. Also estimated revenues for another city in their franchise area that would have been profitable had they been allowed to carry the new lines.

UtiliCorp v. GE. After a power plant explosion, UCU claimed that it had to buy expensive power on the spot market. Analyzed power contracts and trading data to determine whether these purchases were used to supply local customers or resold for a profit.

For use in personal injury litigation, developed models to forecast probabilities of full time employment for individuals who abuse drugs or alcohol given monthly usage and demographic characteristics. A logit model was developed using responses to the 1999 National Household Survey on Drug Abuse.

For use in personal injury litigation, developed models to forecast probabilities of full time employment for individuals with spinal cord injuries given degree of injury and demographic characteristics. A logit model was developed using the National Spinal Cord Injury Database.

Developed a model to analyze portfolio risk in venture capital funds for a client in a civil suit.

Estimated lost profits to a distributor of building materials when his contract with the manufacturer was wrongfully terminated.

Nevada Power Company v Monsanto Company, et al, Case No. CV-S-89-555, U.S. District Court, Nevada. Used a database of information about all transformers on the electric grid to determine the remaining useful life of transformers that had to be replaced because of PCB contamination.

Mt. Carmel Medical Center. Critiqued a audit conducted by Kansas on a sample of Medicaid claims submitted by the Center. Determined that inappropriate sampling procedures were used in the audit. Identified which procedures should have been used. Performed a similar analysis for Oak Hill Hospital.

Analysis and Testimony for Regulatory Filings

Reviewed demand forecasts of over 70 electric and natural gas utilities for commissions, utilities, and attorneys.

For the City of Memphis, projected the electric rates of TVA, and assisted in contract renewal negotiations. Integrated models of electric demand, revenue requirements, and production costs; and projected rates under various scenarios based on economic growth, costs to complete nuclear projects, and cost to comply with acid rain compliance regulation.

For Florida Power and Light, analyzed survey responses to prepare a graphics based report that summarized appliance stocks and household characteristics. Used these results to construct input files for REEPS, an end-use forecasting model.

To support Florida Power & Light’s DSM planning efforts, specified and estimated penetration models for 12 energy conservation measures. The probabilities for the adoption of each measure were estimated using a Logit specification based on household income, demographic characteristics, weather, and appliance ownership and fuel types.

Built econometric models to forecast natural gas and electric sales and peak demands for many utilities. In several projects, developed simple models for inclusion in computer spreadsheets, and in many other projects, simulated loads based on long historical weather histories and economic scenarios to develop probabilistic confidence bands.

For Wisconsin Electric, conducted a billing analysis to measure savings from the Appliance Turn-In Program for refrigerators, freezers and room air conditioners. Based on a customer survey, measured free ridership rates and modeled the long-run impacts of the program on appliance penetrations.

For Burlington Electric in Vermont, conducted a billing analysis to measure savings for the Neighbor $ave and Smart Light programs. Applied advanced econometric techniques to measure significant levels of savings.

Cooperated with supply planning engineers to evaluate the economic feasibility of expanding a transmission and distribution system. Built a model to simulate peak energy demand using 108 years of weather data and assisted supply planners in using the results of this model to simulate outage costs with a system planning model.

Specified and estimated a travel cost model to measure the consumer surplus of recreators at lakes and reservoirs in California. Coauthored written testimony to the State Water Resources Board.

Various Plaintiffs v. Insurance Services Organization (Los Angeles County). .Expert for the defendant in an age discrimination case involving layoffs. Analyzed a large computerized personnel database using the logit model to measure the impacts of multiple factors in determining the probability of layoffs during a reduction in force.

Citizens for Fair Housing v. Westwood Investors, et al., No. 612100, Superior Court of the State of CA, County of Santa Clara. Witness for the defendant on disparate impact of occupancy rules on minorities and families with children. Analyzed micro data from the Census Bureau to measure the impact of occupancy rules on racial minorities and families with children. Conducted several hypothesis tests. Wrote a declaration and testified in a deposition.

Expert for plaintiff. Analyzed reports filed with the EEOC and personnel data for managers to determine if age or race was a factor in making layoffs after a large bank merger. Tested hypotheses using the hypergeometric distribution.

Max Weijnschenk v. Bechtel Petroleum Inc., No. 837158, Superior Court of the State of CA, City and County of San Francisco. Witness for plaintiff. Determined if there was bias against older workers during a period of mass layoffs. Critiqued opposing expert’s testimony. Testified in deposition and court.

Louis B. Bono v. Quaker Oats Co. et al., No. 328405, Superior Court of the State of CA, County of San Mateo. Witness for the plaintiff in an age discrimination case involving layoffs after a corporate merger. Critiqued defense expert’s analysis and testified in a deposition.

Darnisha Jackson et al. v. Delaney Development et al., No. 99-CV-865-RV-S, U.S. District Court for the Southern District of Alabama, Southern District. For defendant, critiqued plaintiff expert’s report alleging racial bias in tenant selection for five apartment complexes. Analyzed a subsample of census records from the local area to define a pool from which tenants might be selected and showed that minority representation in the pool was lower than that the plaintiff’s claimed in the complexes.

“Disability and Worklife: The Case of Spinal Cord Injury,” with C. Pflaum, D. Strauss, R. Shavelle, and M. DeVivo. Submitted to the Archives of Physical Medicine and Rehabilitation, January 2004.

“Measuring the Effects of Disability on Employment and Earnings” January 3, 2004. Presented to the Allied Social Science Association Annual Meeting at the Session “The Use and Misuse of Worklife Expectancy Tables: Theoretical and Measurement Issues,” San Diego, CA.

“Productivity Improvements In The Electric Utility Industry”, 1997. Combined financial data for utilities from RDI’s PowerDat, UDI, and S&P’s Utility Compustat and then developed econometric production models. Concluded that recent increases in productivity had resulted from large declines in labor intensity that was unlikely to be sustained. Compared UtiliCorp’s productivity to that of similar utilities.

“Economic Value Creation in Regulated and Competitive Industries,” presented at the Advanced Workshop in Regulation and Public Utility Economics, Rutgers School of Management, Center for Research in Regulated Industries, July 1997. Determined whether EVA was important in determining total returns on utility stocks.

“A Review of the NEPOOL Load Forecasting Model,” for Bangor-Hydro Electric Co., 1993.

“Examination of Possible Jury Attitudes in the Pacific Northwest,” 1992.

“Commercial Energy Use Intensities,” for BC Hydro, 1990.

“Projections of the Utility Environment,” for MLGW, 1989.

“Resource Needs and Avoided Costs of Oklahoma Gas and Electric Company,” report and testimony with Ronald Knecht and Richard McCann, 1988.

“Estimating Recreation Benefits for Instream and Diverted Uses of Waterflows of the Sacramento-San Joaquin Watershed,” with William Wade, et al, presented to the W-133 Committee Meeting, Outdoor Recreation and The Public Interest, January 1988.

“Estimation of Energy Intensity by End Use for Commercial Buildings,” Energy, with Isaac Turiel et al, 1987.

“Economic Evaluation of the Recreation Resources of the State Water Project”, for the Metropolitan Water District of Southern California, 1987.